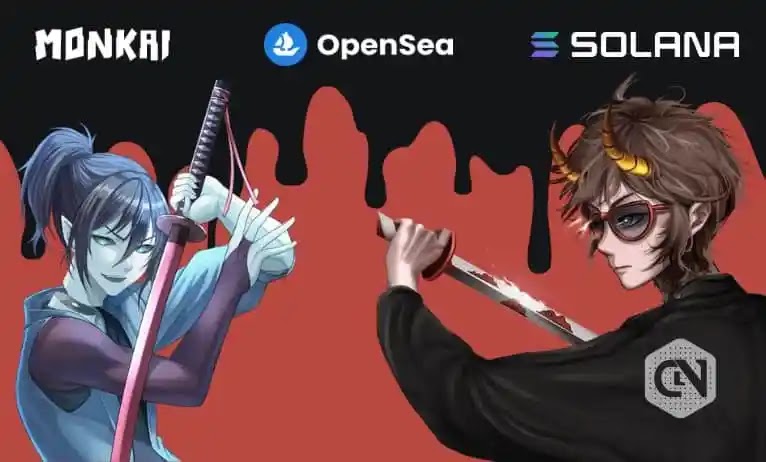 OpenSea recently tweeted about an upcoming Monkai NFT drop on its Solana launchpad. The event will take place on 26th July, offering next-gen NFTs to users.

The platform announced the event on its official Twitter account with a minute-long trailer. Besides all this, OpenSea also talked about Monkai and its new NFT collection.

As an anime-centric, narrative-driven NFT project, Monkai is bringing community building and innovative utility to the gaming metaverse. Additionally, it offers high-end VFX tools to the NFT community. At the same time, the project is promoting the anime community across the globe.

Joshua Kezzer, the founder of Monkai, has been known in the industry with years of experience in the movie industry. Josh has scored multiple awards on blockbusters, such as Passengers and Arrival. Moreover, the founder has been a lead developer in projects like SkullBots, Sol Flowers, and HolyVerse NFT.

OpenSea stated that the first collection in the upcoming drop would be the Gen1 storyline, which will be based in Japan’s Edo period. The project will follow the storyline of the Monkai and Yokai bloodlines as they battle to seize more land while defending their own. Players will also learn more about the clans by completing the story of The Great War.

Multichain is the future of the NFT and blockchain industry, and this project addresses this demand. Once the genesis Solana project is released, OpenSea will also launch multichain tokens with an Ethereum collection afterward.

These tokens will also be crucial in the Monkai ecosystem as the means of trading and in-game functionalities. The venture has not announced the other use-cases the token will serve. Thus, users are suggested to follow the network for more information.

A week after minting, OpenSea will launch the single-player version of the game. As Monkai aims to stay a long-term motivation for anime franchises, OpenSea will assist them at every step of the way.